Don’t be a hoverfly! 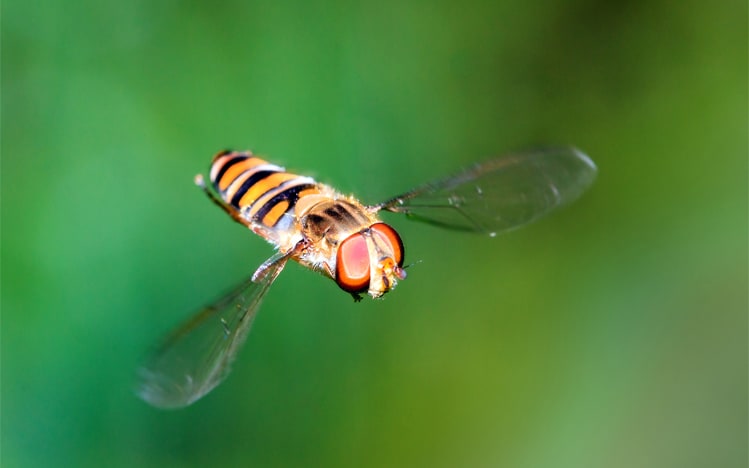 The great thing about going to networking events and introducing yourself by saying “I stop people being rubbish managers” is that it immediately opens up conversations. Usually, we end up talking about that person’s worst ever manager.

Last week, I was talking to someone at a networking event who told me about his previous manager. The gentleman I was talking to used to be a successful sales person working for fairly high-end firms. He was head-hunted into a new company by someone who immediately began to micro-manage him.

This guy was involved in large-scale sales which means a long process and requires the salesperson to develop trust with potential clients over time. Traditionally, you should be interested in who he is talking to, what stage the negotiations are at, the win percentage and likely contract value. However, this guy’s new boss wanted him in the office 3 days a week, wanted him to be having 20 meetings a week and wanted updates on a weekly basis.

But, as the manager, it may be hard to delegate effectively. It is a skill that managers have to learn. It involves setting clear objectives and agreeing the correct measures and checkpoints.

The pressure of the working environment makes this even more difficult. For instance, this guy’s boss may have had his own pressures and his boss may have been making unreasonable demands. It is a difficult skill to be able to create that barrier and learn to treat your staff as you would like to be treated yourself. However, I believe that one of the roles of a manager is to insulate your team from the outside politics and work hard to create the right atmosphere for success.

If you manage people, set clear objectives that link to the business needs and agree how you will review those objectives. Assess how your staff work best and what level of support and intervention they need and stick to those guidelines. If in doubt, think about how YOU would like to be managed.

DON’T BE A HOVERFLY … Don’t sit on their shoulder constantly asking how things are going, don’t demand copious and pointless stats. Give them the space to be successful.