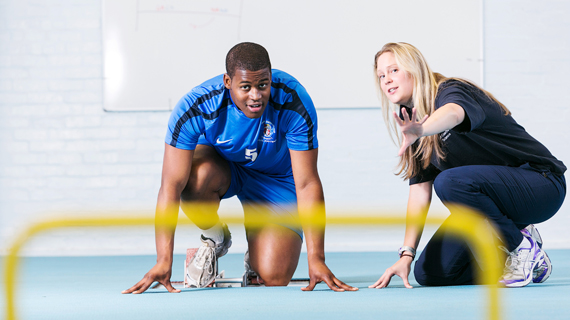 Those of you who know me, know I love my sport and I am always intrigued by questions of leadership within the sporting context. Success within sport, as within business, is frequently driven by great leadership despite the fact that sports coaches rarely describe themselves as leaders. However, studies into leadership within sport would counter that. They show that coaches operate as leaders and their leadership styles can be analysed using current leadership theories.

The evolution of the sports coach

Within the Premier League, there is a sense that coaching is changing. Earlier ideas of a coach/manager being a tough-minded patrician seeped into the public consciousness. It was not long ago that the English top-flight seemed awash with Scottish managers whose success seemed to spring from their tough Glaswegian upbringing. However, this approach to leadership has its pitfalls and there have been some well publicised failings. Bill Sweetenham was brought in to transform British swimming which had failed to win any medals in the 2000 Sydney Olympics. His approach was to toughen up the training regime and he got some good results although his approach did come with detractors, with claims that he bullied swimmers and that his methods were out-dated and he was soon replaced.

The arrival of Arsene Wenger at Arsenal seemed to signal a new approach with the coach/manager being seen as more of a “transformational” leader. These coaches encourage their athletes to maximise their potential whilst ensuring alignment with the club’s goals. Leaders such as Wenger inspire their followers to look beyond their own self-interest and at common goals.

More recently, coaches have been seen as “Servant Leaders”. In servant leadership, the needs of the followers are taken as being most important. This requires there to be a relationship of trust between leader and follower and it is the leader’s character that has been shown to be a critical indicator of whether a follower engages with the leader. Servant leadership is not a new phenomenon as shown by the example of John Wooden. John Wooden coached the UCLA Bruins from the mid-1960s to the mid-1970s and is widely considered one of the most successful collegiate coaches in US history. His approach of “concentrating on his players as individual people instead of simply pawns to be used for athletic achievement” led rise to the John Wooden’s Pyramid of Success which has been widely taught in coaching and leadership classes the world over.

So leadership forms an intrinsic part of being a sports coach. More importantly, the expectations of athletes is changing and the authoritarian style is a lot less accepted and newer coaches, such as Gareth Southgate at England, have learnt that the more effective way to coach is to support the needs of their squad.

Now, if you take that example back into the business world, do the same lessons still hold true? As a senior manager, do your personal traits and character engender trust amongst your team? Do you see yourself as a hard task-master and does that still work? Or do you focus on the needs of your team above all else?

If you need to discuss this, just drop me a line at paul.kaerger@pkms.co.uk