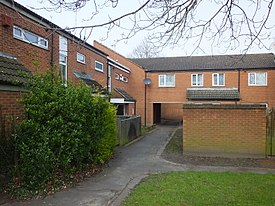 Helping to re-design the future of the Medows Partnership

The Meadows Partnership, now called The Bridges Community Trust, is a local community organisation that brings people and organisations together to improve the delivery of services for local residents across Meadows, Clifton and the surrounding areas.

In 2014, I was asked to organise a strategy workshop for the Trustees, many of whom are residents of the Meadows.

The Trust had suffered financial losses and wanted to re-goup around a new set of objectives. With a wide range of educational backgrounds, I decided to avoid Powerpoint and Post-It notes brought a load of magazines, glue, scissors and A1 paper to allow the Trustees to use their creativity to create pictures that encapsulated their vision for the Trust. We could then talk about what the picture meant to various people and pick out core themes.

I was also asked to review the structure of the staff team to make sure that the Trust had the right people to meet the needs of the residents and to meet the avaiable budget.

My ideal clients are forward thinking, open-minded and in need of something different to help them grow. If this sounds like you then please do get in touch and let’s see how we can work together.